DynoMob was founded in 2012 by a team of dedicated and talented individuals. DynoMob specializes in development of mobile application for iOS and Android.

MonkeyDeal, a product of DynoMob seeks to maximize efficiency for local businesses by driving foot traffic during off-peak hours of the business. Enabling the business owners and managers to connect directly with its customers in real-time.

The idea came to light when Sean, founder of DynoMob, was waiting to get a room at a local Karaoke bar. After waiting for more than an hour he was frustrated and left in search for another spot that was willing to accommodate immediately. After realizing that other similar places around the area had multiple availabilities, Sean wanted to build a mobile application that can help businesses operate more efficiently, while allowing customers to reap the benefits. Sean immediately reached out to his network and formed a team of developers and designers. After 12 months of working around the clock, MonkeyDeal was created. 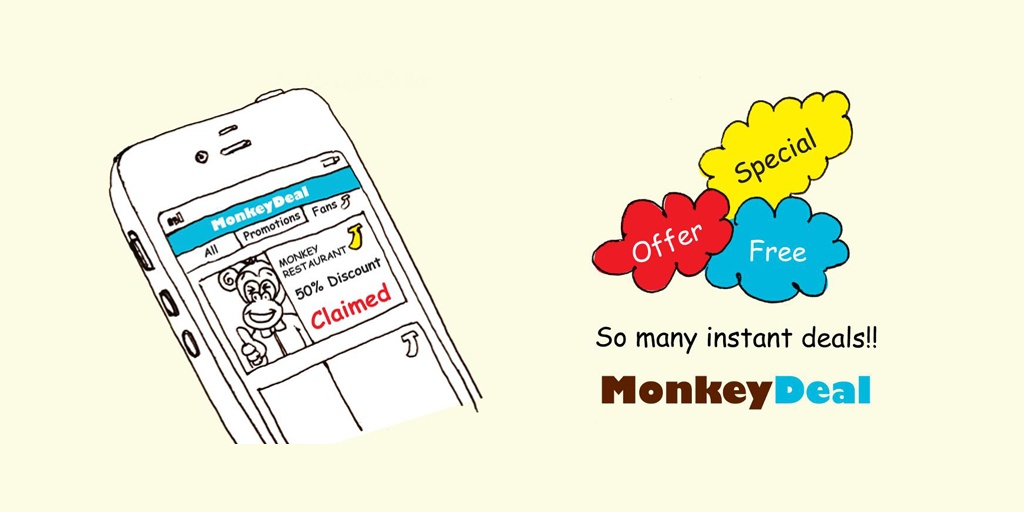